Visas and Immigration is responsible for making millions of decisions every year about who has the right to visit or stay in the country, with a firm emphasis on national security and a culture of customer satisfaction for people who come here legally.

Our institute of the Law has developed this program specifically tailored to OISC Level 1 standard. One Canada Square is a skyscraper in Canary Wharf, London. It is the second tallest building in the United Kingdom at 770 feet (235 m) above ground level. Containing 50 storeys.

One Canada Square was designed by Cesar Pelli with Adamson Associates and Frederick Gibberd Coombes. The design and shape are based on earlier precedents buildings that include rookfield Place and Elizabeth Tower.

The building is clad with durable stainless steel. One of the predominant features of the building is the pyramid roof, which contains a flashing aircraft warning light, a rare feature for buildings in the United Kingdom. The distinctive pyramid pinnacle is 800 feet (240 m) above sea level.

Citigroup Centre 2 stands at 200 metres (656 ft) and, alongside HSBC Tower (with which it was built in tandem), is the joint 4th-tallest building in the United Kingdom (behind The Shard, One Canada Square and Heron Tower). Designed by César Pelli & Associates, construction of the 45-storey tower – undertaken by Canary Wharf Contractors – began in 1998 and was completed in 2001, with Citigroup leasing the building from the outset.

The Citigroup Centre is a building complex in London. It houses Citigroup’s EMEA headquarters and is located in Canary Wharf in the city’s Docklands. The centre provides 170,000 square metres (1,800,000 sq. ft) of floor space across two merged buildings – 33 Canada Square (known as “CGC1”) and 25 Canada Square (known as “CGC2”) and houses the bulk of Citi’s UK employee base. Together, both buildings form the Citigroup Centre complex.

After plans to build the 92-storey Millennium Tower were dropped, 30 St Mary Axe was designed by Norman Foster and Arup Group. It was erected by Skanska; construction started in 2001. 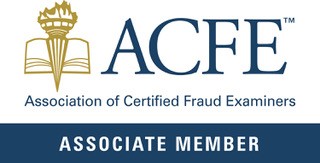 © 2021 Hawkish Group Ltd. © 2020 Hawkish Group Ltd. | 37th Floor, One Canada Square, Canary Wharf, London, E14 5AA
Hawkish Group Limited is a company registered in England and Wales with company number 11720811.
Please note: HG Ltd is part of EBG Ltd which is regulated by Information Commissioner's Office under reference number: ZA306903. In conducting this engagement, information acquired by us in the course of the engagement is subject to strict confidentiality requirements.
Also, all EBG Ltd information, data and documents are registered trademarks under Intellectual Property Act: UK00003290489. No information should be disclosed to the third party without authorisation. Registered with ACFE Reg No: 660677.